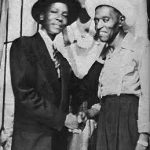 “Baby Face” Leroy Foster (February 1, 1923 – May 26, 1958) was an American blues singer, drummer and guitarist, active in Chicago from the mid-1940s until the late 1950s. He was a significant figure in the development of the postwar electric Chicago blues sound, notably as a member of the Muddy Waters band during its formative years.

Foster was born in Algoma, Mississippi. He moved to Chicago in the mid-1940s and by 1946 was working with the pianist Sunnyland Slim and the harmonica player John Lee “Sonny Boy” Williamson. He was introduced to the singer and guitarist Muddy Waters by an acquaintance Waters met at a recording session in 1946. Foster was soon playing guitar and drums in Waters’s band, along with the guitar and harmonica player Jimmy Rogers.

The band was later joined by Little Walter on harmonica. Calling themselves the Headhunters, the trio was known for going from club to club and “cutting” (i.e., engaging in musical duels with) other bands. 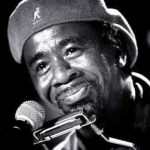 Bean has dedicated himself to promoting older blues stylings, such as Delta blues and Hill country blues. “What’s stimulating to me,” he said, “is people hearing the blues played like they used to hear it.”

Bean was born in Pontotoc, Mississippi, United States, where he has remained living to date.[4] His father, Eddie Bean, was a blues guitarist who played in an electric blues band, and encouraged his son to play both harmonica and guitar. A sharecropper, he also enlisted his twenty four children in assisting in picking cotton to earn a living. Terry Bean played for his school and in American Legion baseball, before two traffic accidents meant that his competitive career finished in his early twenties. In 1988, Bean saw Robert Lockwood, Jr. play at a music festival in Greenville, Mississippi, and this experience inspired Bean to perform regularly in and around Greensville for the next few years. Bean became more versatile, appearing as a one-man band, accompanist or band leader and he variously worked with T-Model Ford, Asie Payton and Lonnie Pitchford.

Bean’s first solo recording, Here I Am Baby, was released in 2001. This has been followed by six more albums, using a variety of musical ensemble settings.

Jim Weatherly was born in Pontotoc, Mississippi, March 17, 1943. He began writing songs when he was about 12-years old. He had his own bands during high school and college and played dates throughout the South until he moved to Los Angeles with his rock band, The Gordian Knot, in 1966. He attended the University of Mississippi on a football scholarship, where he was an All Southeastern Conference Quarterback and honorable mention All American for the Ole Miss Rebels football team in 1964. He was a member of the only unbeaten and untied National Championship Rebel football team in Ole Miss history in 1962 and SEC champions in 1962 and 1963.

Neither One Of Us

The Need To Be 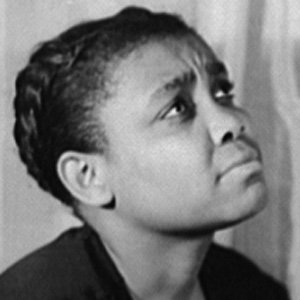 Ruby Elzy was born in Pontotoc, Mississippi and educated at Rust College, the Ohio State University and the Juilliard School.

Elzy entertained at the White House, December 15, 1937, for First Lady Eleanor Roosevelt’s luncheon for the wives of U.S. Supreme Court Justices. She appeared on Broadway in the musical John Henry, in films, on radio and on the concert stage. She appeared with Paul Robeson in the film of The Emperor Jones, and also with Bing Crosby and Mary Martin in Birth of the Blues, though neither of these were starring roles. She sang at Harlem’s Apollo Theater and in the Hollywood Bowl.

Elzy created the role of Serena in George Gershwin’s folk opera Porgy and Bess and performed in it more than eight hundred times. Her big aria in the opera was “My Man’s Gone Now”, Serena’s lament after her husband is murdered in a crap game; but it was Anne Brown, and not Elzy who sang it on the so-called “original cast” album of selections from Porgy and Bess, made in 1940. However, Elzy can be heard singing it on a CD release of the 1937 Gershwin Memorial Concert, which took place three months after Gershwin’s death, at the Hollywood Bowl.

Elzy rose above poverty and prejudice to become one of the most acclaimed singers of her generation, but her career lasted barely a decade. She died at the age of thirty-five in 1943, just as she was reaching the peak of her powers as a singer and about to achieve her greatest dream: to star in the title role of Giuseppe Verdi’s Aida.

I Know the Lord 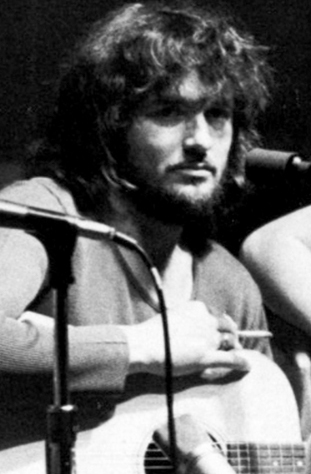 Born in Pontotoc, Mississippi, Delaney Bramlett moved to Los Angeles, California in the early 1960s after a stint in the United States Navy, where he established himself as a singer-songwriter, writing with fellow musicians Joey Cooper, Mac Davis, and Jackie DeShannon.

By 1965, Bramlett was a regular member of the Shindogs, the house band of the television show, Shindig!. During this time, he worked with J.J. Cale and Leon Russell and released some unsuccessful solo singles. One of these, “Guess I Must Be Dreamin'” entered the Cashbox “Looking Ahead” survey on May 14, 1967.

In the late 1960s, British guitarist Eric Clapton joined Delaney & Bonnie & Friends on tour after which Delaney produced and co-wrote songs for Clapton’s debut solo album, Eric Clapton. Clapton has credited Bramlett for pushing him to sing and teaching him the art of rock vocals. Bramlett produced King Curtis’ last LP, which had two hit singles: “Teasin'” and “Lonesome Long Way from Home”.

In 2006, Bramlett was one of the duet artists on the Jerry Lee Lewis album Last Man Standing, singing and playing guitar on “Lost Highway”. In 2008, the year of his death, Bramlett released his first CD in six years, A New Kind of Blues.

The Bramlett’s “Never Ending Song of Love” has been covered by others, and appears on the soundtrack of RV and A Good Year.[8] Bramlett co-wrote the Eric Clapton hit, “Let It Rain”.

On January 18, 2011, Bramlett was inducted into the Mississippi Musicians Hall of Fame

What Do You Do About the Blues

Jackson founded the Moon Records label in Memphis in 1956 after a few years of recording demos at Sam Phillips’ Memphis Recording Service and Sun Records Studio. Unable to break into the Sun Records label’s stable of male artists, she received the advice and assistance of RCA Records’ Chet Atkins in forming this new label to release her music. She began releasing and promoting on the label singles she recorded in her home studio, serving as engineer, producer and arranger. The artists recorded included her and a small family of early rock and roll, rockabilly, and country music performers she recruited from several Southern states.